This week has been a rollercoaster ride, even for me. I spent a lot of time driving to Cabo and La Paz, and thinking when I was growing up in a large 1900’s Victorian home with a dark creepy unfinished basement where I have memories of chickens being beheaded and running around bloodied on pure nerves. I remember being a latch key kid at the age of 5 and spending nights alone scared out of my wits at the shadows and shapes of the large oak and maple trees blowing against the windows at night and no one would be home. Someone had told me early on “there was nothing to fear but fear itself” and it was the only thing that I had to cling onto as a small child.

“So, first of all, let me assert my firm belief that the only thing we have to fear is fear itself -- nameless, unreasoning, unjustified terror which paralyzes needed efforts to convert retreat into advance.”

It has been written that he was referring to The Great Depression and essentially saying, "if we can't shake our pessimistic economic outlook, it will be tough to turn things around."

I had a fear attack a few days ago and when I stepped back and analyzed it, I was shocked at the paralyzing affect it had on me. We all have the fight-or-flight response, and basic instinct is usually to flee to safety. One of my mexican business partners decided not to take the challenge with me at the last minute, after months of preparation and planning. This left me feeling alone and abandoned as an english speaking woman in a remote foreign area. Doing business here is very different than being retired or vacationing and often I have wondered “What am I doing???”

Then as if my Guardian Angels knew I needed strength, I met a very successful man who asked “Why are you doing it?” I was dumbfounded by this simple question. I thought a long while before answering him, and then replied that the answer is the same as George Mallory’s when he was asked in 1924 “Why do you want to climb Mt. Everest?” His answer was “Because it is there.”

Then he asked if I was afraid? I was really puzzled as to what he thought I would be afraid of? The unknowns? The language barrier? The cultural, financial, safety concerns? Feeling vulnerable and acknowledging that I have no control? Yes, I have considered all of these factors and more, and at the end of the day I still feel lucky to have the opportunity to affect people’s lives in a positive way. We all have this gift and ability and chose to use it in different ways.

My businesses will be alleviating some of the vulnerability, stress and unknowns for many people discovering the Baja. It will be a gathering place, and YES I am going to open Nellie’s Tapa Bar! This will not be the Naughty Nellie’s Bar I envisioned just yet. Rather, it will be a rooftop playpa lounge. You can meet your friends before dinner, or before heading out to Mike’s Bar for late night entertainment. The vision is simplicity, good people, service and value for all my friends.

I have had to make some significant changes to my business plan after last week, but all is good and I’m back in the NO FEAR positive zone. My website is 95% done, my building is 90% completed, and I promise I will announce it soon.

Ases es la vida – It Is What It Is


A person like you in Loreto and now involved in a new business adventure, I know perfectly and no doubt that you will have a huge success in here and whatever you do, because you have everything to complete those important goals that now you have in your new life.
It is obviously that sometimes we are afraid about something, talking about "Work", but it is very normal, and first of all with your exceptional and positive attitude you will see that difference in the following days.
Don't feel alone, never my friend, you always know you have friends in Loreto and personally I want to remind you that I will always be your friend and help you in any thing you may need, in Spanish for example or other stuff...always know it...just let me know.

Cathy Martin said…
Good for you for getting back on track so quickly. Can't wait for Nellie's to open!

Pebbles said…
One quote I fall back on when uncertainties are overcoming me is:
"You are not getting ahead unless you are in over in over head"

My therapist hated it but somehow after I say it, being in over my head does not seem so bad.

Another one I like is:
"If you don't live on the edge, you are taking up too much space."

Nellie you are not taking up too much space. Enjoy being in over your head and have a margarita on me. 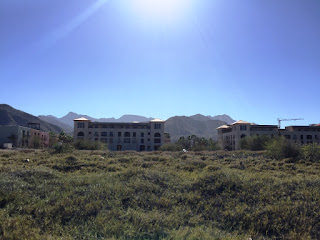 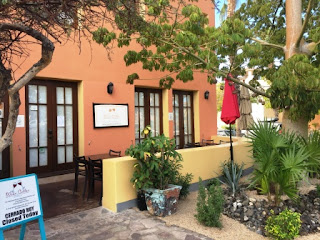 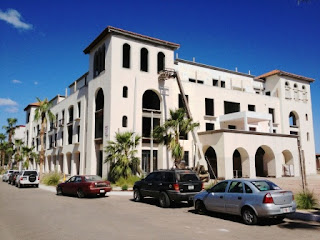